Image Descriptions
1. Support.
base supports the.
the top supports the
this tree doesn’t work.

This series focuses on breaking down each letter to their basic line forms. The struggle for the letters to complete themselves to create the full thought is depicted through the negative space.
3. 26 Years - Charcoal and Ink on Paper, 88x150” and 84x72”, 2016.

This installation is an investigation through the English alphabet. First, I created five large drawings all focusing on one letter, resulting in 130 drawings for 26 letters. I transposed them into the smaller grey pieces, creating twenty-six new drawings and the language written about them.


Statement
Shifting letters of the English alphabet from their spoken context to that of their written sound, my work focuses on being the vehicle from which each letter speaks to us. I begin this shift through the act of drawing, listening and maintaining the mark of each letter once it is written on the page. Through a process of recording the written sounds the letters later take on the form of drawing, painting, and video performance. Treating all media as a drawing, the act of mark making is the central component.The universal sound of written language is through the sounds of their marks; this is where letters. live.

Bio
Maren Henson encodes the aural, visual, and personal aspects of language with paper, charcoal, and sound elements. Her interest in these materials appear throughout her work starting at the University of North Texas, where she earned a Bachelor of Fine Art in Painting and Drawing in 2014.

She received her Master of Fine Art degree in the Mount Royal School of Multidisciplinary Art at the Maryland Institute College of Art. Henson has exhibited work in Texas, Maryland, and California she currently works and resides in Baltimore, Maryland and most recently was a resident artist at the Vermont Studio Center. 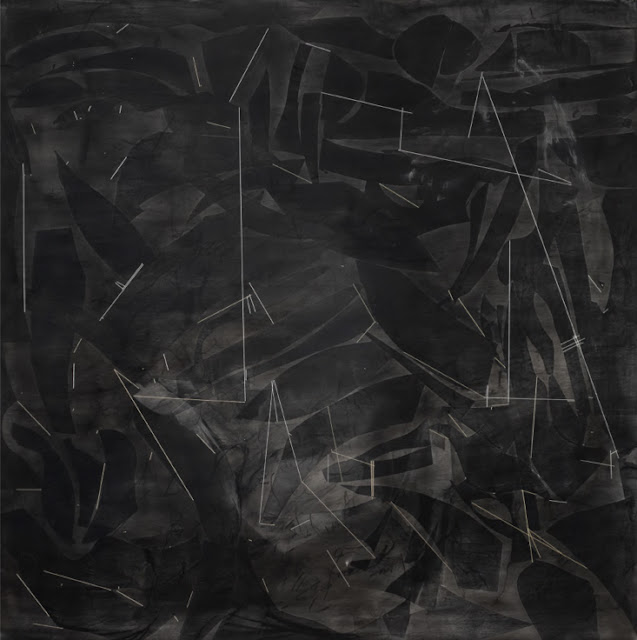 Bio Born in 1988, in Bucharest Romania, Andreea Albani currently lives and works in Paris, France. She graduated the National University of Art, Bucharest, Romania, in 2009, and the M.A. program in Painting in 2011. Andreea Albani is a multidisciplinary artist, whose interest is the connection between line and gesture, especially in contemporary drawing. She exhibited both nationally and internationally (Germany, Israel, The Netherlands, South Korea, UK, USA).
Statement
Over time I have been interested in using an interdisciplinary approach to understand the relationship between body and gesture, gesture-line, line-space, line-time, as well as the autonomy of the line from a non-representational perspective. To explore these connections I use the gesture in a performative way, as an instinctive guide, to build a personal universe, the line thus becoming a form of language, spontaneous and direct.

In this context, various questions and personal experiences have generated multiple experim… 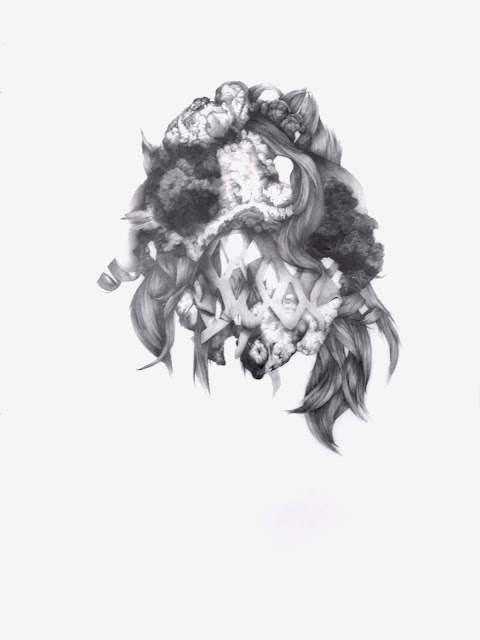 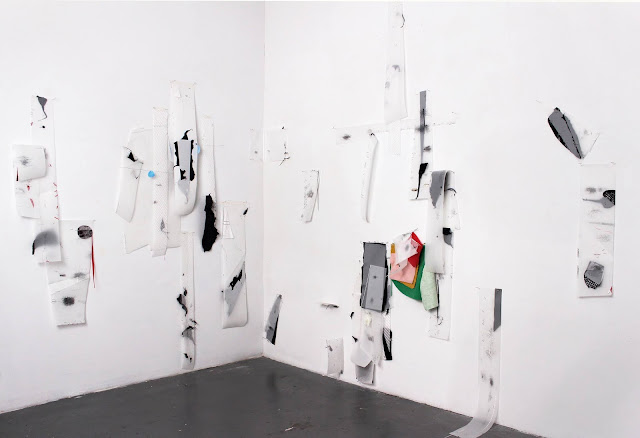 Raging Tide (aftermath) A collaborative drawing installation by Clare Churchouse and Gelah Penn
Concept We began our collaboration by discussing the ideas and influences informing our work and how they might be useful in formulating this project. Gelah suggested viewing the Hitchcock film Shadow of a Doubt, with its examination of the dark undercurrents in American life. Clare chose four articles on the critical issues of climate change, sea level and ice melt. These became the touchstones for our collaboration.
Materials and Process Both of us use a variety of synthetic materials, e.g., mylar and optical plastics, that are translucent, richly visual, durable and easily manipulated on recto and verso. Photographic images and a smattering of textiles were also incorporated.
After determining parameters of overall size, we independently began by making components that would encourage maximum flexibility in approach. We then exchanged these drawings, working on them with free rein to erase, c…